The installation Talking Object HA (2008) can be seen as an ‚Äòanti-monument‚Äô dedicated to Arendt, the philosopher of 20th-century totalitarianism. At the beginning of her posthumous book The Life of the Mind (1978) Hannah Arendt writes: ‚ÄúThere‚Äôs no subject which isn‚Äôt also object and appears as such to the other, guarantying its ‚Äòobjective‚Äô reality‚Ä¶ The fact that I‚Äôm aware of myself isn‚Äôt enough to guarantee this reality.‚Äù Donatella Bernardi uses the perspective on life encapsulated in this quote to rethink power relationships within the collective and society at large, reconsidering amongst others gender issues.

The viewer in the exhibition was invited to walk on a 10 metre-long sticker on the floor. Its patterns combined medieval decorative motifs from the Cosmati School which harks back to antiquity, with contemporary logos and, in the middle of the composition, the philosopher‚Äôs initials. Womanhood is a recurrent subject in Bernardi‚Äôs work, which in Talking Object HA she renders as synonymous with fighting. 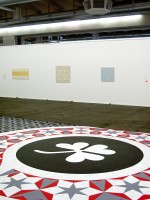 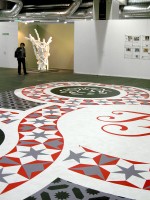 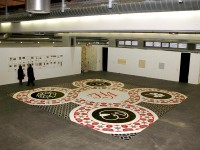