After Rome 2008, addressing the Grand Tour, privileged national institutions and urgent migration, after Neuchâtel 2009, questioning systematic classifications and triangular trade, what can be done in Jerusalem, umbilicus mundi nowadays fragmented by territorial, linguistic and patrimonial struggles?

Stone collectors, biker artists, wandering musicians, interactive installations, fanzines to be read, videos to be watched and discussed, concerts to be danced to, local buses, travelling everyday, new places to be discovered and unpredictable situations: strong experiences, feelings and impressions, in joy or sorrow from sunrise to sunset and even at night. For this edition, in a public space where movements are frequently restricted, Eternal Tour has favored flexible forms of performances and interventions, placing the body at the center of its reflection. In order to join diverse interests, audiences and territorial availabilities, Eternal Tour has proposed six intensive days from the 5th to the 10th of December: five in the Old City of Jerusalem and Al-Quds University (Abu Dis) and the last one in Ramallah. Contemporary art and music, alternative guided tours and workshops, texts and collective critical sessions have composed an intense period of meeting between international (Switzerland, Sweden, Brazil, Italy, England, Germany and France) and Palestinian artists and researchers. 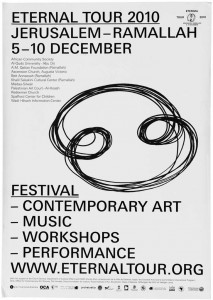 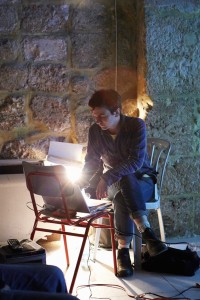 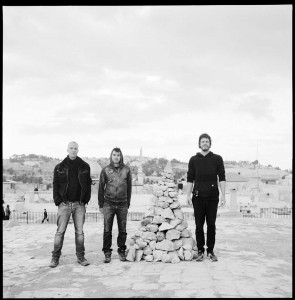 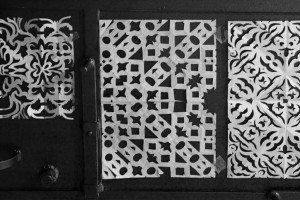 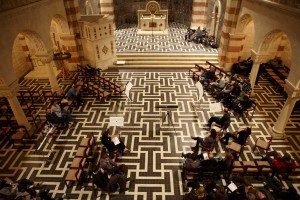 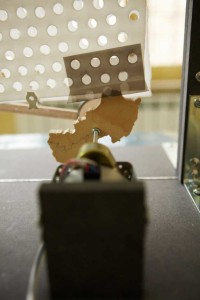 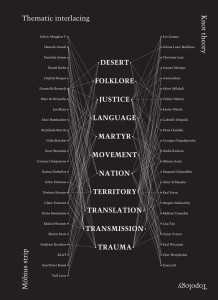 Table of content of “Standing on the Beach with a Gun in my Hand”. Graphic design: Rollergirl.