Shoot the professor:
Protect me from what I want

This series of pictures here below is what remain from an open lecture given by Donatella Bernardi on Tuesday 20th November 2012 at the Royal Institute of Art in Stockholm as part of Course Course, an educational production vehicle built and maintained by Toby Lynas.

Love between professors and students is forbidden, but what about hate, abuse and manipulation? Apparently, constructing or destructing egos is part of all art pedagogy. Deleuze & Guattari’s “war machine” is not really appropriate to target such an issue at the Royal Institute of Art. But could we relate instead to Arendt when she writes “Plurality is the law of the earth (…) What we usually call ‘consciousness’, the fact that I am aware of myself and therefore in a sense can appear to myself, would never suffice to guarantee reality”? At the end of her lecture, after having developed some ideas (the impossibility of defining art despite the possibility of making and therefore teaching art; analysis of the Royal Institute of Art’s pedagogical policy and scheme of the relation professor student), Donatella Bernardi, currently professor, has concluded that ego teaching can not be part of any art pedagogy. This final affirmation is based on the split ego conception (“I am I”) described by Arendt in The two-in-one, chapter III “What makes us think?” of The Life of the Mind, “1. Thinking”.

And for the sake of didactic visual representation, a synchronized tribute to Niki de Saint Phalle, Yoko Ono, Chris Burden, Jenny Holzer, Lygia Clark, Suely Rolnik and Yves Klein was performed by the lecturer and members of the audience, and previously communicated on Facebook. 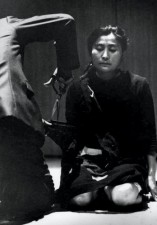 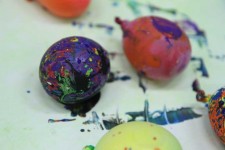 It was meant to be paintball. 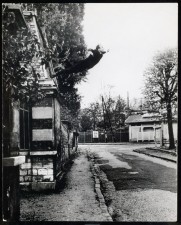 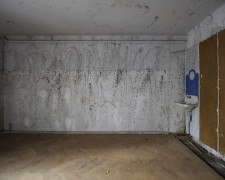 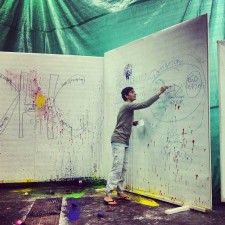 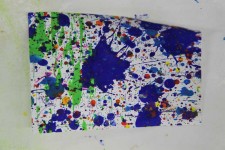