The city of SĂŁo Paulo presents itself as the ideal place to host an itinerant artistic and scientific project that questions movementâ€”both literally and figurativelyâ€”tourism, and the migration of bodies and ideas. In many respects, Latin Americaâ€™s largest city could even represent the archetype of multiÂ­culturalism explored by and dear to EternalÂ Tour.

InÂ fact, having been one of the figureheads of the triangular trade, then by becoming, in turn, an important pole for European, Japanese and Lebanese immigration during the 19th and 20th centuries, and an Eldorado for millions of Nordeste (Northeastern) Brazilians, SĂŁo Paulo saw its immigration practically erase the border between identity and otherness. Still along these lines, Paulistano cosmopolitanism finds itself incarnated in the ambient syncretism, which, beyond occupying the religious sphere, impregnates and characterizes the events, habits and social codes as a whole. Far from being restricted to a unilaterally positive interpretation of cosmopolitanism, Eternal Tour proposes to explore the most diverse events while examining the breaking points.

Gilberto Freyre, in the first chapter of Casagrande e senzala, where he examines the â€śhybridizationâ€ť ofÂ Brazilian society, highlights the negative aspects of this process when he quotes the following proverb, which characterizes the role of women according to their color: â€śWhite woman for marriage, mulatto woman for fâ€“, Negro woman for workâ€ť? (Proverb recorded by H. Hendelmann in his â€śHistĂłria do Brasilâ€ť, 1931; quoted by Gilberto Freyre, â€śMasters and Slavesâ€ť, 1933. Mentioned in the first chapter â€śGeneral characteristics of Portuguese colonization of Brazil: forming an agrarian, slaveholding and multiracial societyâ€ť).

Following a methodology adopted for its previous editions, Eternal Tour sent out an invitation along four axes, constructed from collective fields of interest but also adapted to fit the festivalâ€™s location, SĂŁoÂ Paulo for this edition, and the Brazilian context. To put it roughly: 1) the tropical and urban landscape, fauna and flora, wild and domesticated; 2) slavery and the pro-slavery doctrine; 3) cannibalism, whether treated historically (Hans Staden), modernly (Oswald de Andrade) or addressed today philosophically in the context of advanced capitalism (Suely Rolnik); 4) a complex relationship with beauty and the body, a vehicle for societal values and codes. Far from being themes to be illustrated, these four propositions are to be conceived of as pathways that each contributor is free to modify, develop and even refute.

The invited artists and thinkers were chosen according to their curiosity and potential interest in joining a resolutely experimental project, since the end result of the operation cannot be foreseen. Starting from this postulate, the 2012 SĂŁo Paulo Eternal Tourists were therefore strongly encouraged to take risks with regards to their usual praxis and to participate in the totality of the festival. It thus has the status of a global workshop that addresses both participants and public. It voluntarily provokes the reception of artworks and would like to implicate an audience whose boundaries between professionals and amateurs,
specialists and generalists, practitioners and theoreticians, are endlessly crisscrossed, without any complex or expectation other than dynamics and speech. 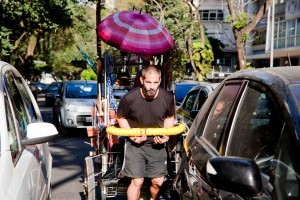 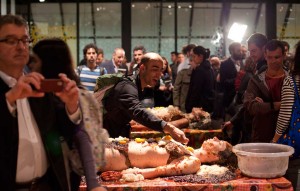 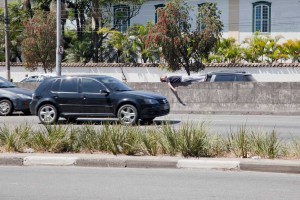 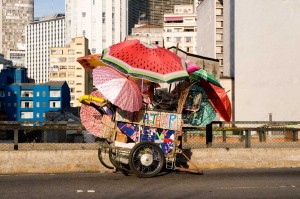 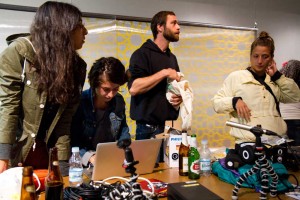 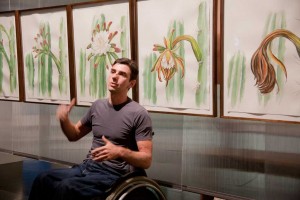 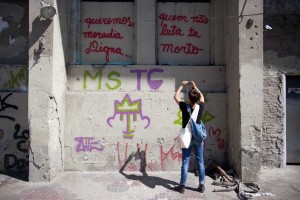 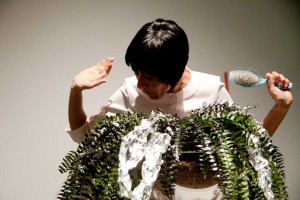 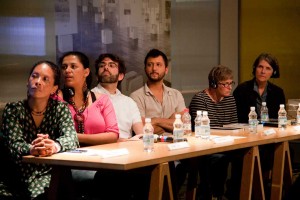 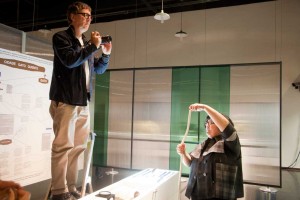 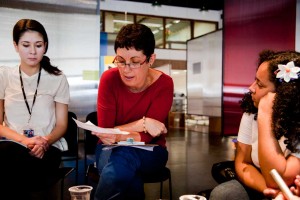