Watching Donatella Bernardi‚Äôs films, one sometimes wonders whether their main subject, and more generally the theory of the image that they embody, is not a matter of mysticism or theology, and whether they constantly maintain the dream that the image may be forever linked to the expression of grace, miracles, or salvation regarding its very status. But with a mysticism or theology that are negative in a bourgeois society‚ÄĒcharacterized by personal freedom and the free market, materialism, critical theory or structuralism, and also positivism‚ÄĒ one can only face the failure or at best the deconstruction of such a view, based on expectation.

Peccato mistico/short (2007), excerpted from a feature film of which it forms the crux, involves three dancers‚ÄĒtwo women and a man‚ÄĒand an outsized altar of baroque inspiration. To the fallen priest, accustomed to expending his energy dazedly jogging around the holy buildings of Renaissance and Baroque Rome, this aerial ballet appears in the original screenplay as a mystery of revelation. The dancers‚Äô bodies, carved in light like something out of Caravaggio, seem to flow into figures of paintings or sculptures that used to be major expressions of faith (The Martyrdom of St Cecilia by Stefano Maderno, flagellations, depositions‚Ä¶). But how does the mise-en-sc√®ne depict this mystical body? Does the machinery enable the aerial ballet, the minute detail of the reconstitution of the lighting, the work on the haunting sound, the altar itself, metamorphosed on stage; does it enable anything but the signs of an archaeology of the sacred, or (perhaps better fitting the film‚Äôs aspirations of overpowering beauty) an allegory whose inner workings can no longer be concealed? An allegory of which we need to remember Benjamin‚Äôs words on German baroque drama: ‚Äúfrom the critical standpoint, the extreme form of allegory which is the Trauerspiel can only be resolved from the higher domain, that of theology, whereas in a purely aesthetic view, the last word lies with paradox. Such a resolution, like any sacralization of a profane object, must be accomplished in the course of history, a theology of history, and only in a dynamic way, not in a static way as an economy of guaranteed salvation would suppose‚ÄĚ (Walter Benjamin, Origine du drame baroque allemand, Flammarion, Paris 1985, pp.¬†233‚Äď234, retranslated from the French). 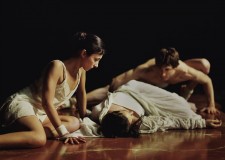 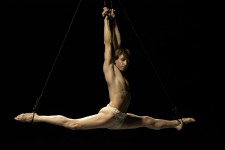 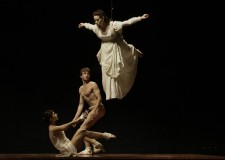 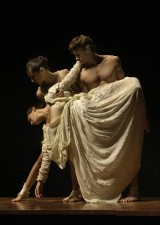