Post Tenebras Luxeô is a curatorial and editorial project on the subject of luxury and a proposal by 23 young artists from Geneva, who deal with this notion both historically and from todayãs perspective.

The motto for the Protestant Reformation in Geneva is: Post Tenebras Lux: ãafter darkness, lightã. By adding an ãeã to the last word of the sentence: Post Tenebras Luxe, its meaning changes, since in French ãluxeã means luxury. Isnãt that what Geneva stands for? A very prosperous city, known for its manufacturing of watches, that is represented by its internationally recognized artists and their understanding of luxury: from the finest jewelry craft to a rich alternative scene. For the Post Tenebras Luxe project, artists from Geneva were invited to propose works that revolve around the subject of luxury. 21 submissions were selected to shine a new light on luxury and the enlightenment period of the city of Geneva, its history and todayãs situationãsome snapshots of capitalist exclusiveness.

The publication cannot be considered as a simple exhibition catalogue. Rather, it brings together four essays on the subject of luxury in Geneva between the 16th and 21st century, and proposes an evocation of the 23 artists taking part in the exhibition. Theô drafting of the first four texts was handled byô specialists trained at the University of Geneva. Theô authors deal with luxury, departing from aô selection of objects, monuments, institutions, andô emblematic historical episodes.

At regular intervals, full-page photographs, placed and edited by Michel Bonvin, punctuate the book (the limousine of Isaac Pictet (1789), and the Rath Museum in restoration (December 2008), Sylvie Fleury, Gipsy and Rocky at Mamco, Geneva, January 12, 2009).

Fabien Clerc, In memory of the good old days. 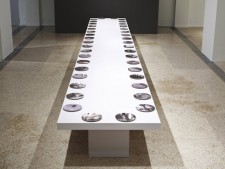 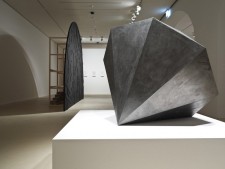 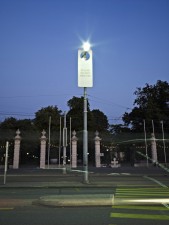